As the baseball and softball season openers spread northward across the U.S., the eyes of groundskeepers look skyward, constantly scanning the horizon for the next chance of precipitation that will interfere with games on their fields or the maintenance work planned for those fields. Like farmers, groundskeeper’s lives during the growing season revolve around the weather. 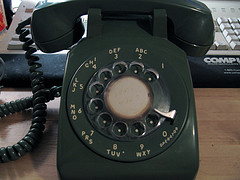 Back when I started working in Major League Baseball in 1985, we didn’t have the internet or cell phones. When we needed radar information, we had to call the local weather service office at Baltimore-Washington International Airport and have the meteorologist there describe what he saw on radar.

By the early 90’s we started getting live radar in our office at Oriole Park. As they say,”A picture is worth a thousand words.” By seeing the radar, we could make much better predictions as to what might happen in the next 2 to 3 hours.

Jump forward two decades to the present. Almost everyone owns a smart phone with the ability to house powerful applications or “Apps” to distribute weather information. In today’s blog I want to focus in on one type of weather app, those that provide live radar information.

One rule to know is that if you want accurate radar information, you want to view radar images from a single radar site. Apps that use radar images that are a composite or mosaic of several radar sites to cover a region will suffer from a computer “smoothing” the lines of the precip as it pieces the puzzle of the multiple radar sites together.

Smoothing can make pinpoint radar information less accurate. In order to really see where it is or isn’t raining when pinpoint accuracy is important, you want to look at the individual site raw radar data. There are two radar apps that rule over the rest of the world in my opinion. Which of the two you choose will depend on the operating platform that your phone uses, the iOS or the Android.

For the Android, the best radar app on the market, hands down, is the PYKL3 radar app. The full blown app cost $9.99 but is worth every penny. There is a Lite version available for $1.99 that may well offer all you need for your radar information. Check their website, www.pykle3radar.com , for a side-by-side comparison of the two versions to see what each offers. It was created with the storm chaser in mind so there is a myriad of weather information available on this app besides the basic radar pictures. PYKL3 has a vast amount of customization available to the user for the display easily making it the most flexible weather radar app out there. The amount of zoom is helpful getting down to street level.

I use this app extensively during the Little League season for monitoring storms as they approach our 3-field complex where we must decide when and if to suspend games or clear the property if the storm looks particularly dangerous. GPS on your phone will plot your location on the radar screen which comes in handy for me to see exactly where our Little League complex was on the radar base map.

Last June, using my PYKL3 radar app, I watched as a thunderstorm dropped a tornado down just a mile or two west of my home. I could see the tornado on my PYKL3 app as the storm passed right over me. Fortunately the tornado had lifted by that time. You could see the hook echo beautifully on the radar’s base reflectivity screen and I monitored the rotation of the storm using the radial velocity readout from the Doppler radar site. This is a very powerful app that offers the full array of raw radar data, some of which you may never use.  If that is the case, stick with the Lite version, you can always upgrade. The main base reflectivity (or precipitation) image will be all many of you will need. Makers of the PYKL3 App say they have no plans to make an iOS version. Sorry iPhone users, you really are missing out. A significant upgrade of PYKL3 is due out very soon.

RadarScope is the radar app of choice for iOS managed phones, however it is also available on any android phone in the Google Play Store. This app sells for the same as the PYKL3 at $9.99 with a pro version available that requires a yearly subscription for an additional $9.99. The big advantage to the pro version, among other things, is the real-time plotting of lightning strikes overlaid on the radar map. You can get the lightning data on PYKL3 but it requires a subscription from a 3rd party. RadarScope’s $9.99 yearly subscription is a much more affordable option for the lightning information.

RadarScope has much of the same raw weather radar data that PYKL3 has but the screen customization is much more restricted than the PYKL3 app. Additionally, zoom in detail is more limited but the app will plot your GPS location on the radar base map. RadarScope sacrifices the zoomed in road detail in order to make the app more easily usable in rural areas where lower bandwidth connections occur. While both radar apps provide the full spread of radar sites across the U.S., RadarScope takes it one step further and offers the user the opportunity to access all of the weather radar sites in Canada as well.

The bottom line on radar apps is that if you want the most accurate, pinpoint information, the free apps just aren’t going to cut it. PYKL3 & RadarScope are valuable tools to help ballfield groundskeepers stay on top of impending rainfall that may impact games or field work throughout the season.