Their existing chain-link fence had reached the end of its useful life and they knew it was time for an upgrade. A private school in Baton Rouge, the Episcopal School decided to include a new backstop in their plans to renovate their baseball and softball fields. 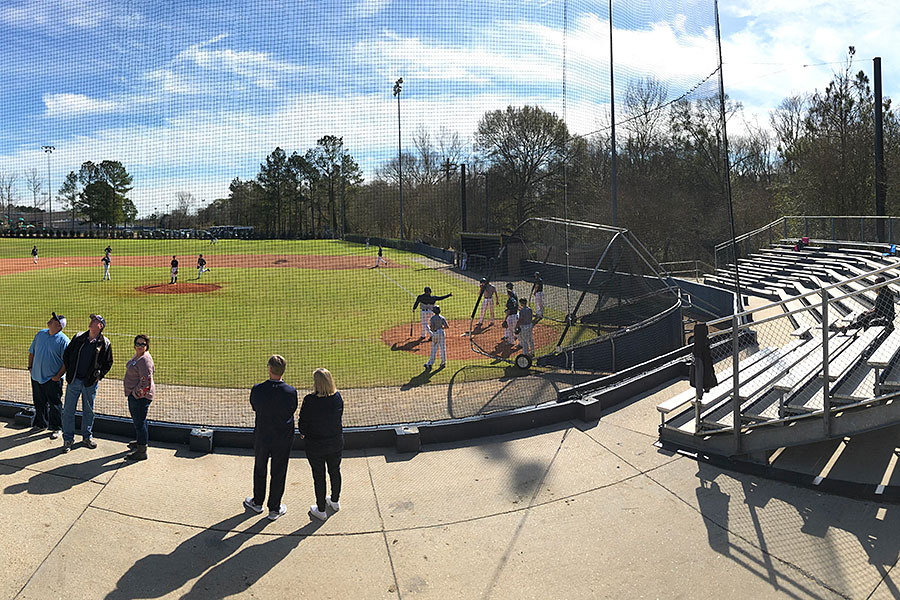 Beacon’s Project Services team became involved when the school’s contractor questioned their architectural plans. After consulting with the contractor (Morgan Signs) and school officials, we were able to demonstrate how the original design plans were significantly over-engineered. Original plans included an excessive number of steel poles, increasing the cost of the project. The poles would have also left significant sight obstructions for spectators.

We worked with the contractor and school to design a tie-back net system that minimized the number of poles needed to significantly reduce the cost of the project. And we were able to suggest a system that would cleanly integrate with existing dugouts, while at the same time providing additional coverage above the dugouts.

Given the complexity of the renovation, we deployed an on-site consultant during the final net installation to ensure the Episcopal School and Morgan Signs were satisfied with their end result. The integration with existing dugouts was particularly complex. That aspect required multiple net panels of varying sizes and multiple cable connections to maintain the integrity of the netting system, while providing a necessary safety feature along the baselines. Our consultant guided Morgan Signs through the complex installation, which helped them to complete the project on time and on budget.

We’re very proud of the flexibility and complexity of our netting solutions. Our Project Services team brings unmatched experience and expertise, and with the help of our on-site consultant, the contractor who initially came to us for help was able to successfully navigate a complex installation, creating a beautiful ballfield experience. 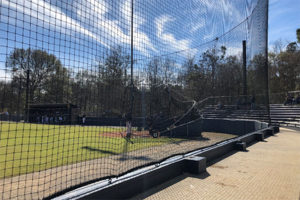 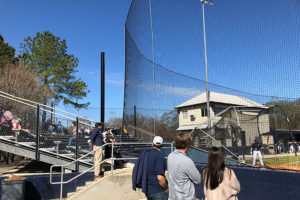 With giant poles behind them, fans enjoy better sight lines from all angles. 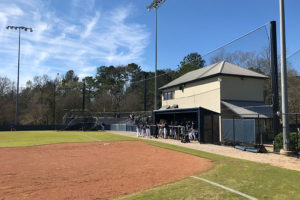 The existing dugouts were carefully factored in with varying net sizes.