At some point, you’ve probably all seen video like the one below (click to watch) where a grounds crew is overwhelmed by a full infield tarp. The recipe of strong winds ahead of an approaching thunderstorm can give a grounds crew quite the fit as they struggle to get the tarp on the field. Oftentimes, players and office staff must to rush in to help the grounds crew avoid serious injury. It can get downright scary! These incidents happen far too often when a grounds crew needs to pull tarp in these conditions. 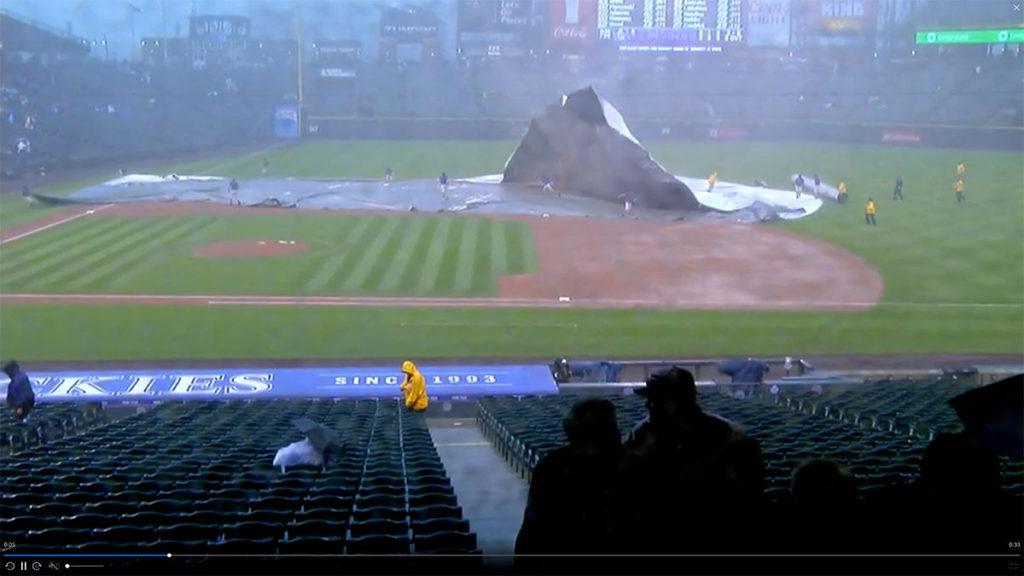 ► Lighter tarps are harder to control